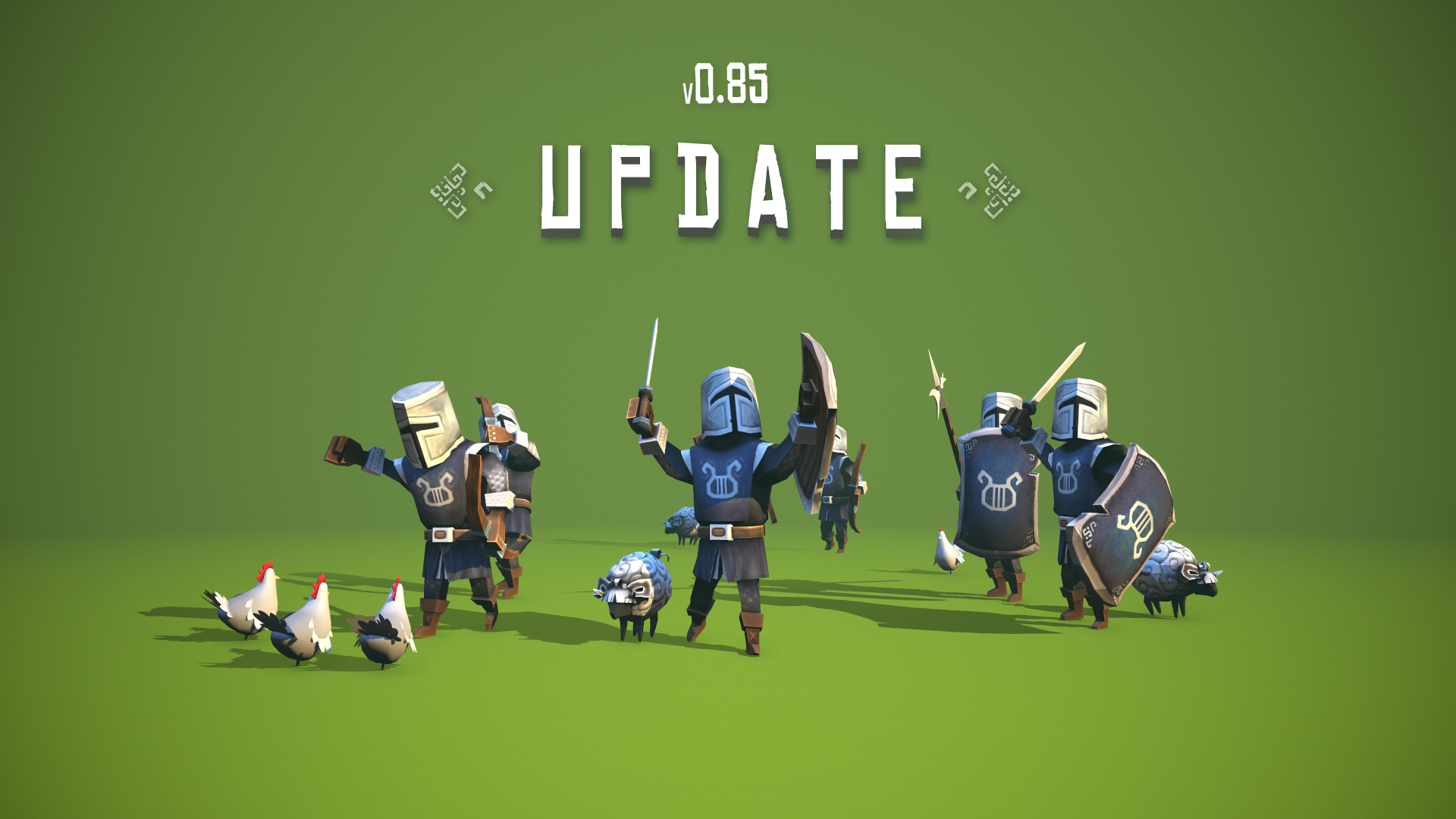 In the final two Valfross levels you will obliterate the gigantic Mountain Barrier & decipher the ancient mysteries of the Rotating Monolith, bringing the island’s campaign to a close.

As time has gone on, we’ve all built up a huge collection of war machines in our game files and trying to find the right file amongst your saved machines has become tedious. With this update we’ve added a new sorting system which allows you to change the way your saved machines are organized, making it much easier to find the projects you’re looking for!

Another commonly requested feature has been added to Besiege in this update, rebinding of the game’s base controls. Controls such as the camera hotkeys and building hotkeys may now be changed in the main options menu!

Respawn Zones have now been added to the Multiverse logic editor, allowing you to change where a player can respawn and can be used as checkpoints or randomized spawn positions. Further details can be found below in the patch notes.

Last but certainly not least on the list is bug fixes! We’ve been working hard to crush as many bugs in the game as possible, as we work towards a 1.0 version of Besiege. The full list is below in the change log. We’ve also managed to make even more improvements to the game’s performance in a number of areas, particularly when it comes to fire.
If you find a bug and can describe how to replicate it, then please do post on our forums or the steam forums and let us know!

We hope you enjoy this latest batch of features & fixes and look forward to bringing you the next installment!

PS: To prevent compatibility issues, all mods are automatically turned off when starting the game for the first time after the update. You can manually turn them back on in the Mods menu, but they may cause bugs if they don't support the new update.