#1
"Delphinus" is Latin for "dolphin". The word is used as the genus for the common dolphin as well as the constellation Delphinus which is the main inspiration of the shape of this plane. This weirdly shaped plane move sluggishly like a heavy bomber, hopefully still manageable. It has hidden thrust vectoring engine inside, it does not have any elevator, so all pitch was done on that wing and the engine. 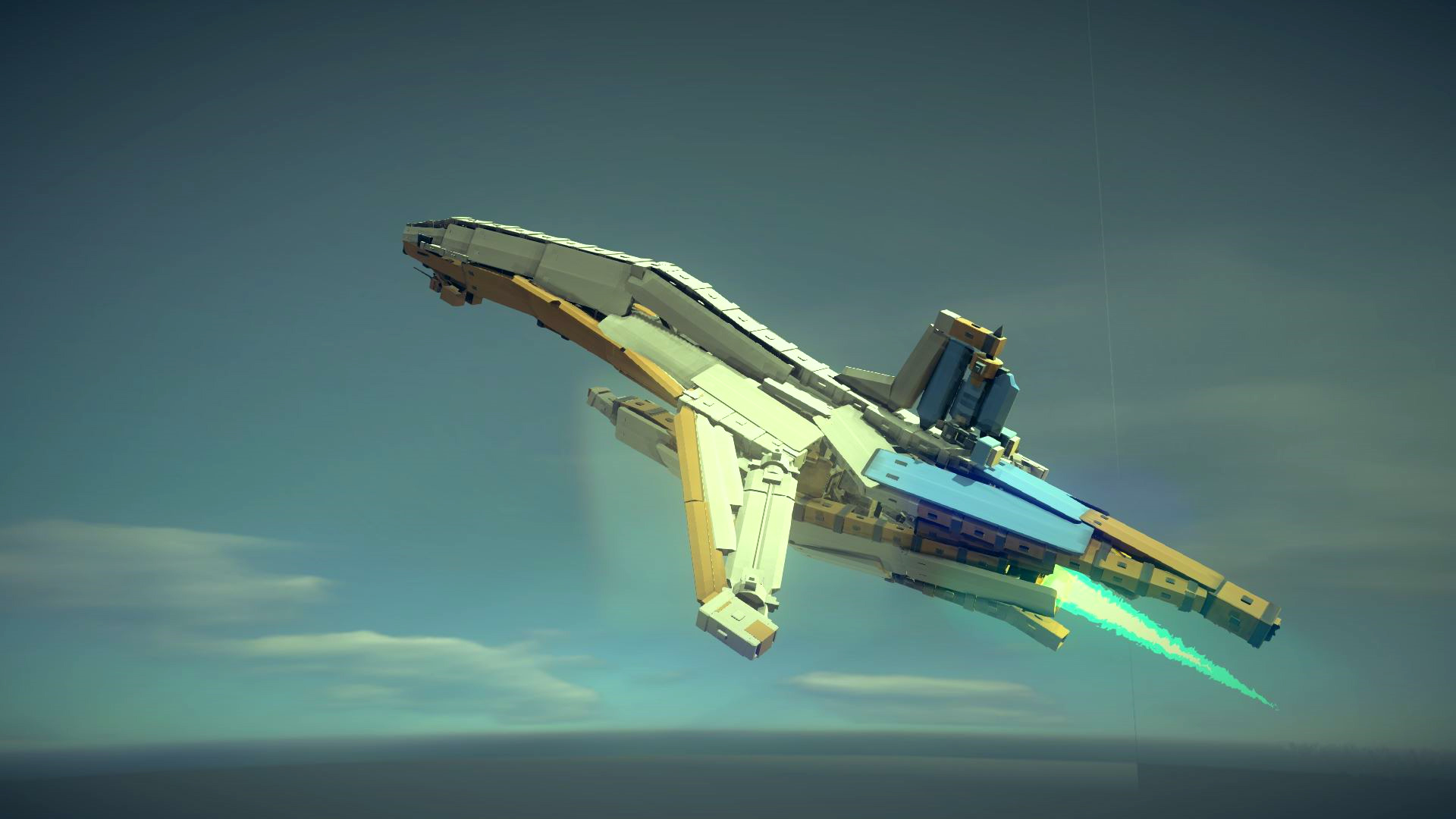 The Delphinus #2 was an evolved model of the R-101 Delphinus #1, developed by Neucom to build on the success of the original version found in Ace Combat 3: Electrosphere. It used a similar yet enlarged design, and used a single jet engine with a higher thrust-to-weight ratio as a powerplant, making it highly agile in combat, at least in the original game. 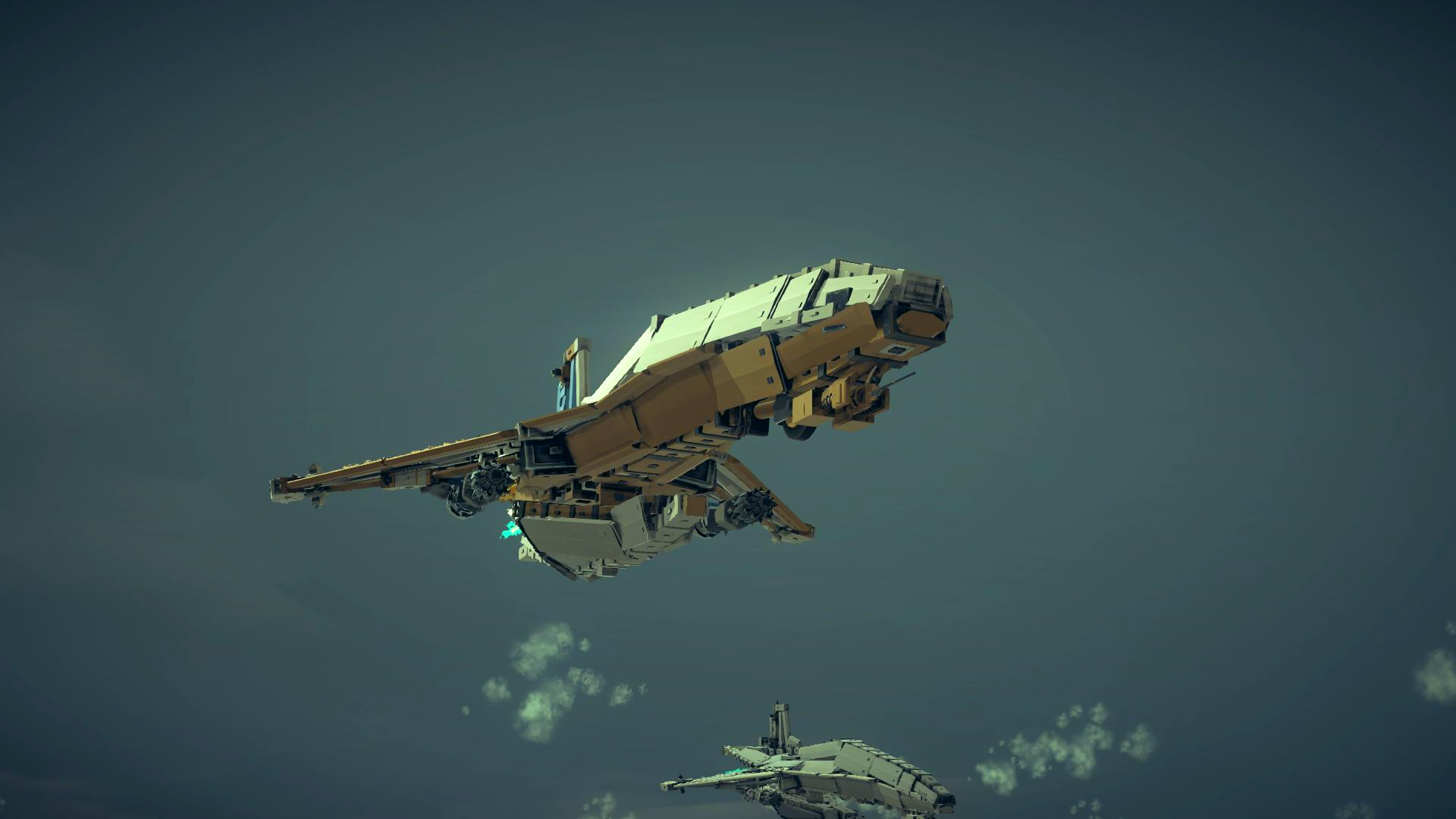