#1
Hello guys, I'm quite new to the forum but there is a start for everything, I've been playing this game for maybe a year and i'm building mostly helicopters and recently I started using mods because precision placement & scaling make crazy things possible!


Here is my last baby (you can click on it for workshop link) hope you'll like it, otherwise eh, nothing is perfect! 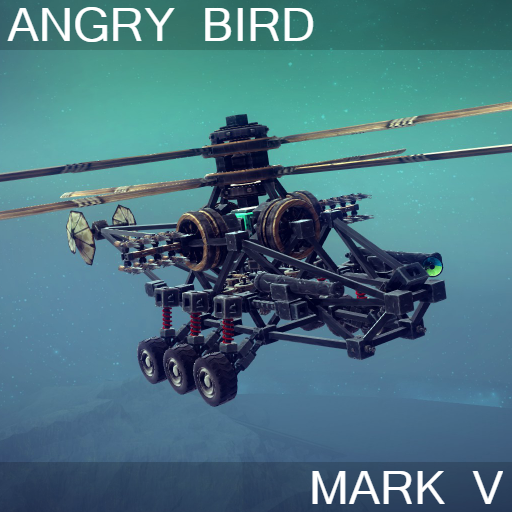 The issue I'm having with is I don't know how to put plates on it so it can look real, right now it's made of bars. I tried resized hinges / blades but triangles looks impossible to cover nicely... if somebody has ideas I'd love to know about it! 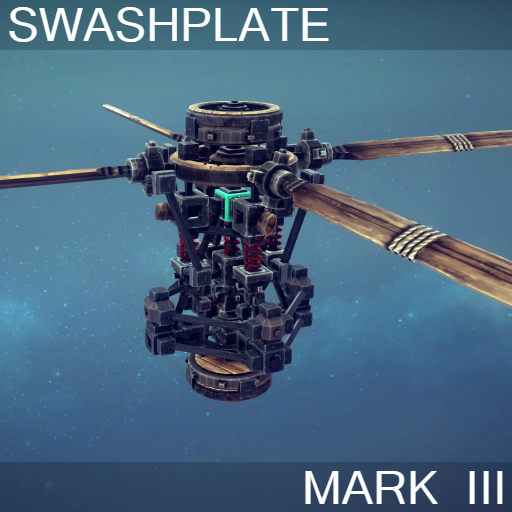 I'm kind of proud that it's working not that far from real helicopters (well I couldn't since I haven't fly any but.. you know what I mean!) and it's quite stable, everybody could twirl that pile of junk without having to crash actually.

The camera is at a 90° advance angle so the controls are intuitive (gyroscopic precession is doing it's bizarre magic!). You will also feel things weird when you'll get horizontal speed : it's the naughty transverse flow effect. I didn't built any helicopter hull around it cause I'm just trying to improve the thing and get an efficient realistic rotor, and also because my laptop don't like demanding physics + lots of blocks. Let me now if you build one with it, I would love to see that!

I'm reading some scientific literature (Young / Bell / Hiller / Sikorsky) to figure out how I can design a stabilizer for more than 2 bladed rotors (simple flybar is not compatible) but it's tough, any help is appreciated!!

Do not hesitate to flash your own rotor systems, could be cool to have a collaborative thread so we can build better helicopters! I've already seen few in the workshop and some are amazing
Last edited: Oct 8, 2016

#2
I'm at work atm so can't check this out, but are you using pistons for the cyclic/collective? If so have you managed to combat the 'bounciness' that they cause?

Also a) it's probably phase lag rather than precession that you're seeing, and b) I would be gobsmacked if Besiege accurately modelled Transverse Flow Effect - I would guess that there is something else at work instead.

I thought the general consensus was that 3+ blade rotor systems don't need flybars or other stabilising means? It's difficult to achieve stability in Besiege because there appears to be a physics bug (or bugs) that cause any coax rotor system to develop TBE/unwanted yaw after a while in the air, no matter what you do. This may be related to the wheel/brace power bug I recently discovered (see bug report forum). That said, I haven't tried an odd number of blades yet (which is supposed to be superior/reduce vibration).

You'll struggle to 'cover' triangular gaps effectively - what I normally do is use multiple blades/panels etc to 'step' the coverage instead (have a look at my Grave Digger). Or use wing panels - they're the nearest thing we have to triangles at the moment. Or maybe you could do some extreme scaling of a spike... I presume you have TGYD's Building Tools and EasyScale...

Haha no I didn't even wonder about bounciness, imo it's working better with piston than with anything else anyway.

About phase lag, hmm, maybe, actually I've been trying to set experiment with a wirligig to see how gyroscopic effect is happening in besiege but it's hard to do because you need to power the thing to have enough spinning speed, and the blocks from which the power comes (which are actually spinning the opposite direction most of the time) are doing opposite gyroscopic effect.. But I do know that gyroscopic effect is happening in besiege (free whirligig don't have enough spinning speed to show interesting things but enough to show that it exist). And after all, this is the exact same with machines : we have those blocks that are spinning opposite direction to provide power (maybe not with tail rotor)

I don't know much about physics in besiege but about what I called transverse flow effect, well something depending on the horizontal speed is definitely happening. I wouldn't be sure about if it is this or something else because a lot of physics are involved in helicopter flight, but transverse flow effect is happening in besiege, and it's pretty not that bad, you can see it with any coaxial helicopter I guess, it is on the Angry Bird Mk4 above : the higher is the horizontal speed and the more the 2 propellers (which are spinning in the opposite direction) will get closer on the left side, and farther on the right side, up to the point they touch and everything breaks.

I believe you on the fact the more blades, the more stable, but you can still put a stabilizer to make things better. Actually I think that it's more about the fact that stabilization systems are simple with only 2 blades.

The TBE issue, yes I know, I spent hours on trying to resolve that crap. I found something that helps a lot about instabilities in general but it's not specifically about TBE issue. I might make a tutorial in the week because that's something I've never seen anywhere and I get nice results with. And also I think that it might be possible that developers actually DO want instabilities because in reality nothing is perfectly symmetrical (And I would do the same if I had to simulate reality). I'm gonna take a look at the report forum.