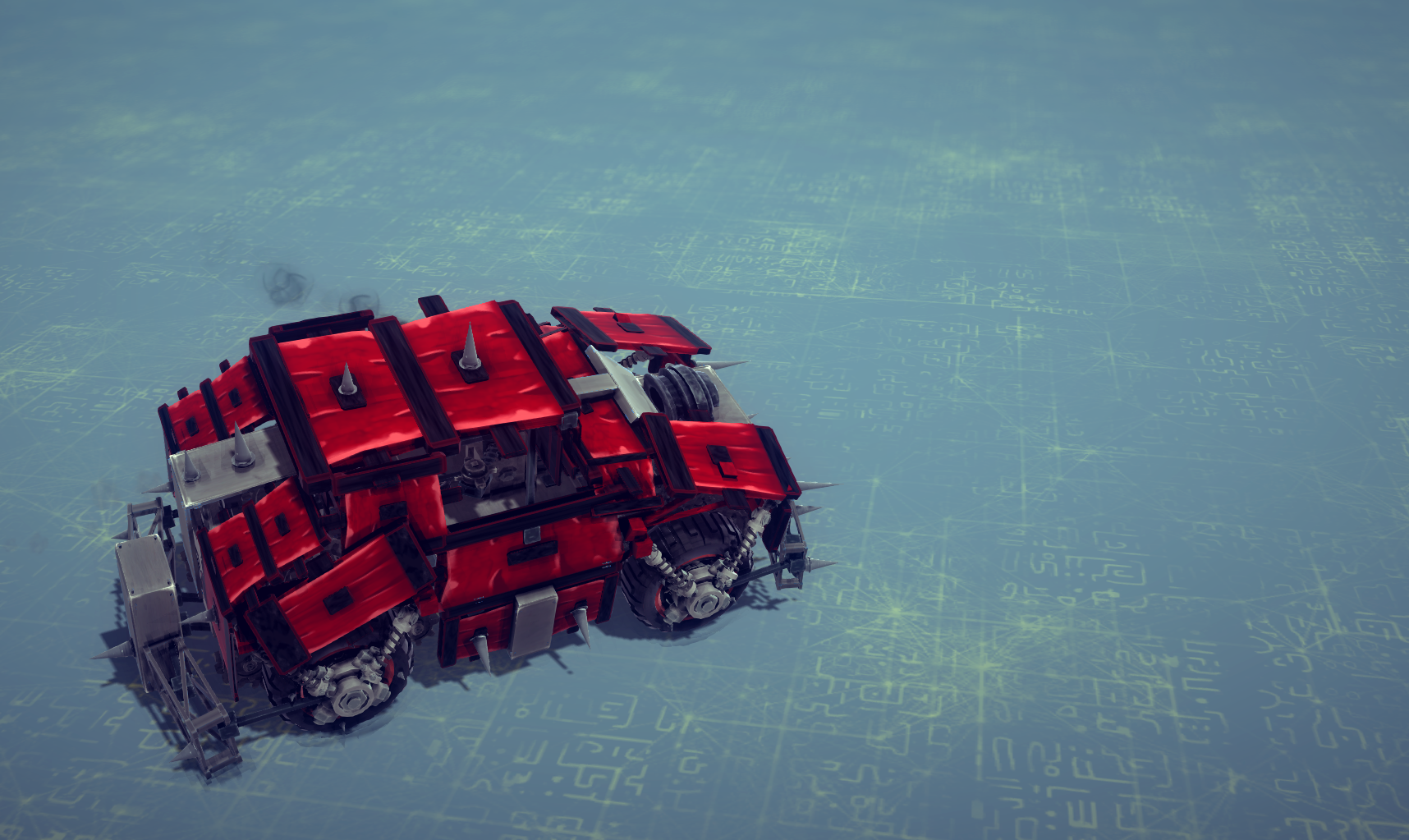 So, how about an opponent to fight, in Besiege?
Something to test your weapons/vehicles against?


Story
This one took me a few days. The original plan was to make a Carmageddon scenario, but my computer can't really handle more than 2 of them, so this is what I'm releasing. I may create a 'Rival' car, and an arena, separately.
So I'm not sure that this is original, but I've only seen an automatic circling plane, circling cars, and am aware of the existence of the 'Automatron' block, but this is, hopefully, something a bit different
It's not truly an AI at all, of-course, though the amount it accidentally dodges things will surprise you.
It's best played in the Barren Expanse.


Mechanics
It primarily uses alternating gears, something like a fan's turning system, and is aided by a few fans due to the weight, in order to drive around in a seemingly random fashion. Essentially it's a Chaos Machine at the helm of a car. The first few seconds of driving will be familiar, and as entropy takes over, different things happen, it goes different places, it shoots different places.
It charges, skids, turns left/right, occasionally stopping, in a similar fashion to the original Carmageddon AI, but also tries to stay on its wheels, shoots random barrages (or single shots), and if damaged enough to get stuck on the roof, it will explode after a few seconds.
Ofcourse the Exploding Cannonballs mod is essential, for this machine to pose any threat.
It's also designed to be incredibly fun to destroy

Modification
It can be modified, if you want to get into the gears, to:
Fight Around a Smaller Area - (reverse the three parent driving cogs, on both wheels, at one end)
Turn/Skid Around More - (alternate the speeds on before-mentioned cogs, at an end)
Shoot faster/More Frequently - (sync the torch's Spinning Block speed with the gun's driving wheels' speeds, or make number on one divisible by the other)
Never Explode - (delete the bomb, located right where that big metal hammer keeps whacking a pole)


Let me know what you think =) 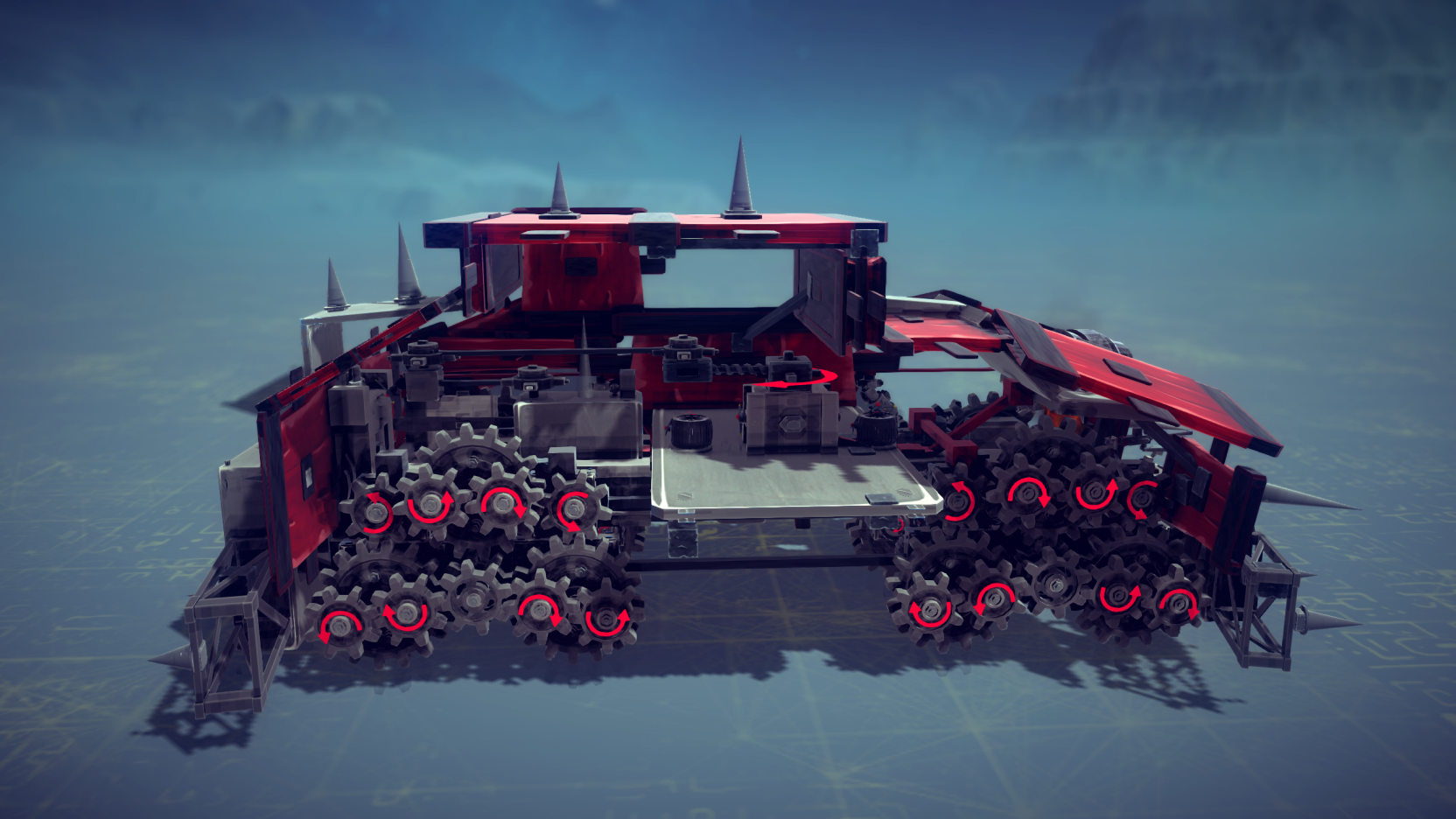