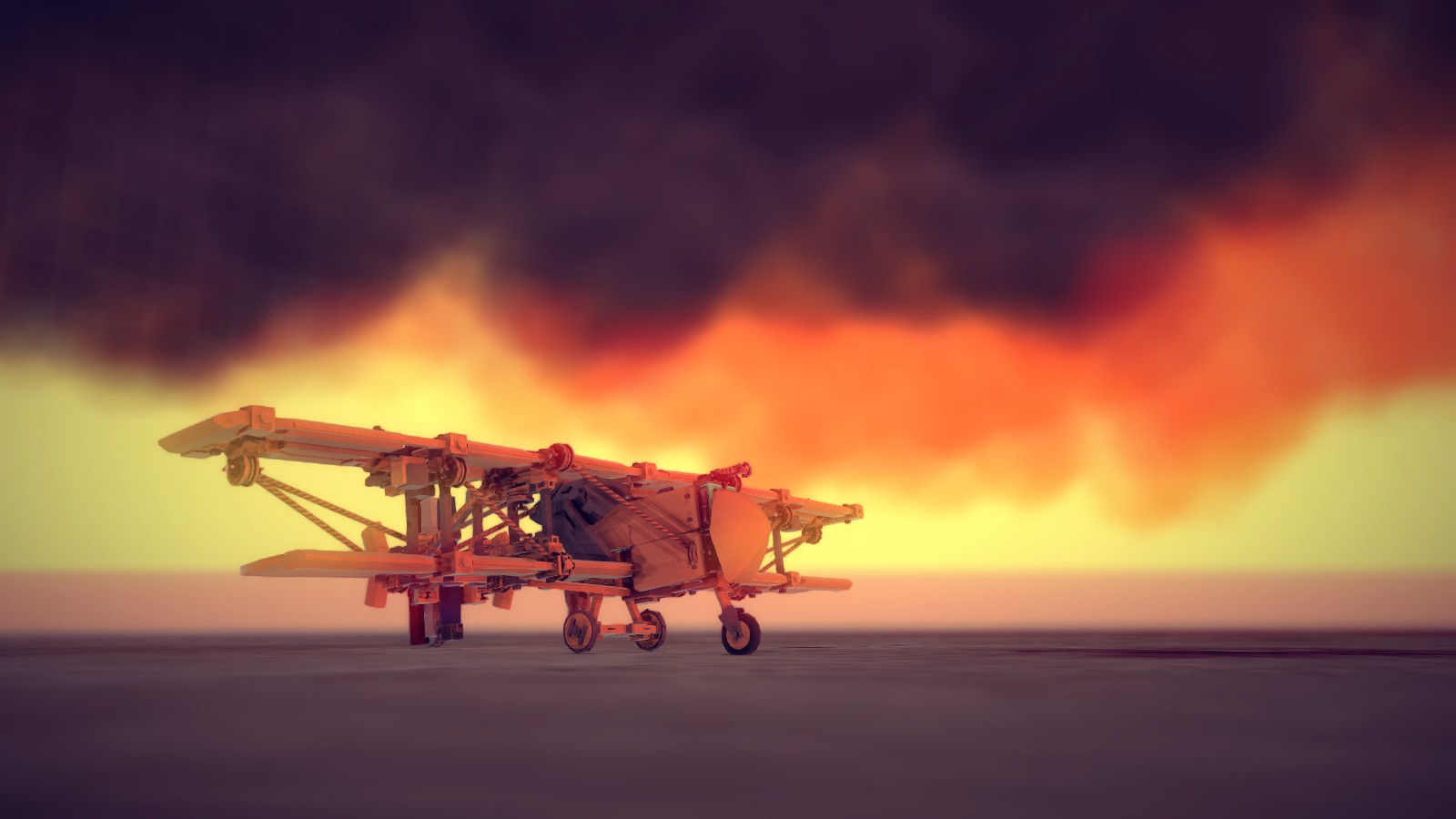 The plane is a biplane with nothing in its middle part, which at first I aimed for low blockcount builds, but I added so much details it becomes more than 200+ 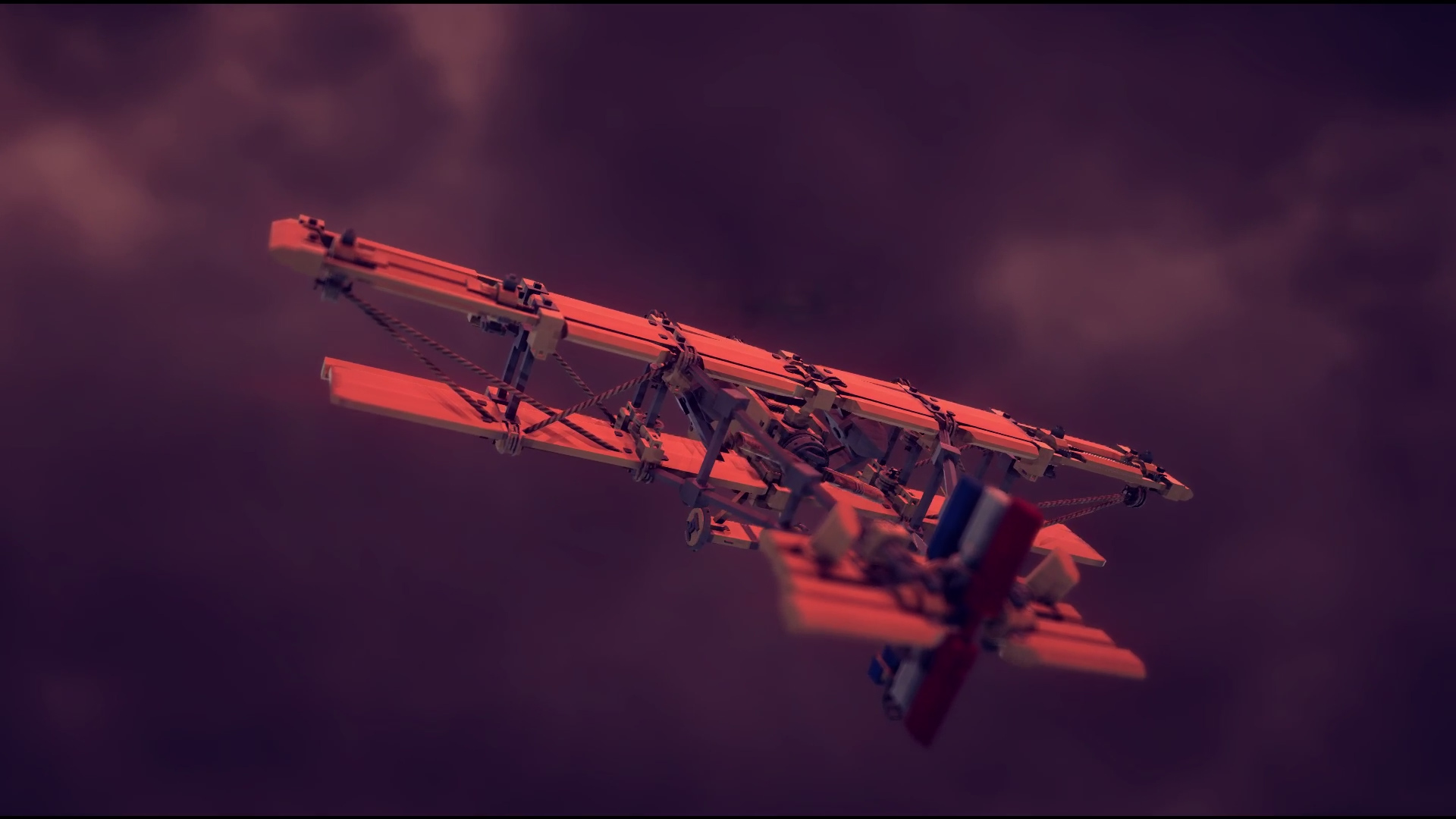 Pretty simple and slow, but don't do crazy maneuver with it. In fact, don't do stunt with any WWI plane. Requires a while to take off, play it in Barren Expanse. Keep pitching up some time after taking off until gained enough speed to not stall.